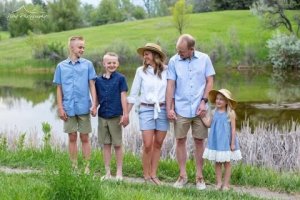 Natalie Twedell struggled with fear while her husband Drew was deployed to Iraq. When he passed away while training to become a Navy Seal, her worst fears were confirmed. Anxiety became her constant companion. She referred to herself as a “control freak” who was waiting for the next bad thing to happen. But that way of life is exhausting, and God was calling her to trust him. As a woman overcome with fear, she couldn’t imagine a life of courage or rest.