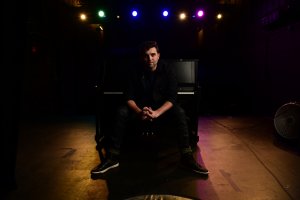 Jack Cassidy comes from a long line of talented entertainers. Starting with his grandmother, Oscar-winning actress Shirley Jones and including his uncles David Cassidy (The Partridge Family) and Shaun Cassidy, who was also a teen idol and continues to work in television today. Talent overflows in this family. Jack is a singer and songwriter who appeared on season 12 of The Voice. His passion is to sing about the power of God’s love, because he has experienced it first-hand. Growing up in a famous family had its privileges, but fame didn’t protect Jack from struggles, including dealing with depression and a cocaine addiction that nearly took his life.