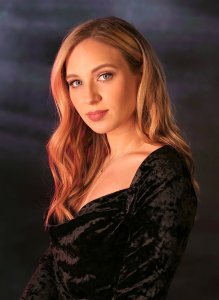 Olivia Lane had always felt a pressure to be successful. From moving to Los Angeles at 16 to pursue an acting career, to appearing on NBC’s “Songland” as she launched her country music career, no amount of success seemed to be enough. In 2017, the anxiety and stress finally caught up with her, leading to burn out, losing her voice, and feeling like a failure. That’s when a supernatural encounter with Jesus changed her from atheist to believer. The song she wrote about her experience, “Woman at the Well,” became a social media sensation. She has 400,000 followers on TikTok, where she regularly shares about her faith.